Posted by chris macrae at 2:39 AM No comments: 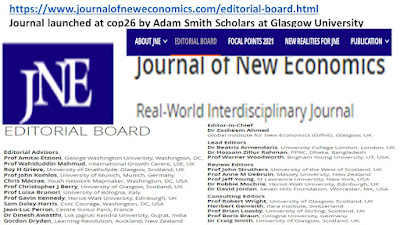 Posted by chris macrae at 2:53 PM No comments:

1.1 In  modern day parlance Abed's first 100000 vilage network was an incubation space- not only what small micrfrnachised enetreprises could village nothers make a village ibcome but how could these enterprises serve life critical purposes such as ending starvation  or raising life expectancy then lowest in the world (low 40s). The only difference in being a successful microfranchise designer is you are not designing profit to suck out from communities but to grow those communities. Its almost impossible to over-exagerate how much microfranchising changed the whole system of international aid. It may be simplest to concentrate on the yraps to the world of the 20th century that the British Empire had spiralled. (When it comes to deep detail I am sure each empires inheritances to newly independent nations had some difference...)

In britain's case, it was probably the most bankrupted of the winning allies (US Canada Russia Australia) or even the rescued ally France. My understanding from grandad who wrote up the legalese of Independence on the India subcontinent was the British attitude had gone from 1925's why should Britain give up India in spite of Gandhi's moral aeguments to post-war we can't afford to govern this region.    When you relect the idea of passing on a broken top-down system to local peope without any mutual attempts to make it better by and for the people is quite odd. But that is how much of terriroriesof British Empire were disposed and in the case of Abed's homeland Bangladesh woth multiple short straws:

partitionedfrom India Bangla people lost access to Calcutta which had been asia's superport in 19th centuey and through`which Banla people situated in middle of Bay of Bengal naturally traded. And rhen the peopes were to be governed by west pakista which was 1000+ miles away but had frightened Britain with the propsition that to free one india wouldresult in endless civil war between hundhi and muslim.

So for nealy 25 yeats the people of bengal didnt get any aid directy it tricled down rheough pakistan. Bangladesh' new government had so little tax base that it could barely serve the contry's ,ilitary and its one big city dhaka . So Bnagladesh became the frst large nation where international aid went direct to village microfranchising not top trickle-down. Brac became the first bottom-up intermedisry and partner connector in internatioan aid.

1.2 When Abed told the govrnments we now have hundreds (soon thousands) of sustainable villgr businesses, will you bank for the- the answer was no. so thats howmicrofiance plus beca a brac netod. Bt note abed wss designing pro-poor value chains so there was a smaller risk ofwomen defaulting on loans than prettymuch anywhee i babing world.

Posted by chris macrae at 11:26 AM No comments: