260 Years of First & Last Chances of Man and Machine

When Sir Fazle Abed died on 20 December 2019, the 260th year of Glasgow moral exploration of humans and machines was coming to an end. In the view of Adam Smith Scholars, few if any engineers have made more human sustainable application of machines than Sir Fazle Abed and the billion village women he helped empower from 1970 in their families and communities race to end poverty. That over a billion Asian villagers have ended extreme poverty is the greatest economic miracle at least the way Smithians value the purpose of economics. The uniqueness of the miracle is that for 25 years valiage mothers had no access to machines so they developed the most trusted person to person community networking round life saving skills. Once tech partners started linking in, the vilage mothers were ready to make giant leaps for nature and chld development.
Economistpoor.com associates were privileged to visit Bangladesh 15 times since December 2007 mainly to listen to Fazle Abed. Perhaps uniquely we celebrated the opportunity created by the Japan Ambassadir to Bangladesh to join in 2 brainstorms chaired by Sir Fazle at a time when a kot of civil society was in flux. Sheika Hasina had just forfeited Grameen Bank from Dr Yunus. Abed's response was to double up on future projects that young women could look forward to provided the most sustainable partners were found. For example, he used one of the brainstorms to start inviting Asian Ambassadors to unite 100 universities' graduates in SDG collaboration projects. Since starting Brac University in 2001 he had demonstrated how university blended with digital and community collaboration offered a partnership platform unlike any ever seen before.
He had shared research of how to expand ultra poverty graduation scaled in Bangladesh to what has become 50 countries and rising at the time of his death. Thats quite a lot of shared work for young economists to linkin everywhere through the UN's SDG decade. And the idea of connecting universities was in the Abedian mind a loving world with deep and diverse opportunity to innovate wherever sustainability challenges mattered.
We invite you to join in draft an updatable book on the most exciting collaborations global village world has ever seen, and the 2020s race to app these at every GPS on planet earth. 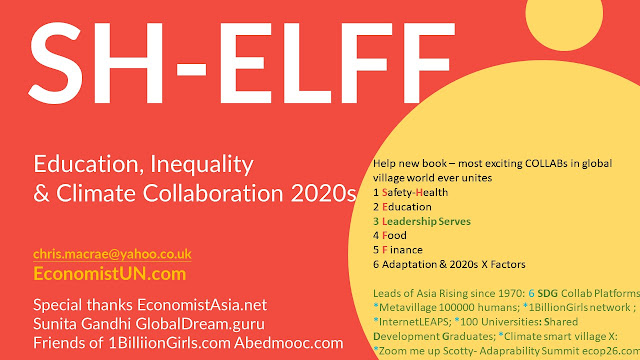 Abed's final gift returned to his core belief on education - create a space where children experience love and safety to an early childhood format. All over the world knowledgeable communities and parents are simultaneously recognising early childhood play as a missing opportunity; the "luminaries partnerships" Abed has formed around this education revolution are proof that parents and communities everywhere demand no delays in celebrating this development start for children the world over.
About 50 young journalists, mainly Asian for joyful cultural translations , have helped us search out how Abed's collaborations evolved  over half a century ago from what was potentially his biggest mistake - building 15000 homes for 10000 people in a space so isolated that dozens of mothers were dying of starvation every week. Abed had put his life savings into these homes; Abed not only pivoted but energised servant leadership - entrepreneurail revolution n less -  in designing microfranchise business to end startvation and to empower village mothers to linkin their own village health service. Fortunately his 1960s connections from a decade rising as shell oil companys leading young Asian engineer and chartered accountant helped locate in southern and eastern hemispheres  had to discovered how to produce 10 times more village rice and why veggie microfranchises were also needed as basic rice doesn't have enough vitamins to prevent infants from stunting during their first 1000 days. The first health service networks BRA=Colaboration built were probably what saved Bangladesh (8th largest and very poorest population ever born as a new nation) from being a basket case and why Chinese village mothers wanted to share analogous solutions in their own journey towards women hold up half the sky. Indeed oral rehydration invented in Bangaldesh became the number 1 celebration of Unicef James Grant wherever he led nations uniting around child development . And James reciprocated by sponsoring brac to go nation wide. James asked Abed do you have another core idea for village health services? Abed said continental scaling of vaccination. So anyone who linkedin with brac womens knowledge got to see how to do that too- no worries if vaccination literacy became as vital as other literacies!
What's  amazing about Abed is he practised engineering in a way that revolutionised the morality of development economics and he demonstrated over and over that collaboration not competition is the most valuable dynamic, poorest families empower by community scaled entrepreneurship must race together to sustain. So we hope you will help us improve this book if places and people you love are facing any sustainability crises. 2020s children need us to connect the simplest, lovig and most urgent practices to skill up in. When as Abed's women experienced for 25 years no communications other than people you meet, girl do you need trust, collaboration, focus on what businesses you enetrepreneur locally.: and yes when suddenly new technology partners seek you as they did through fazle abed from 1996, girl do you want machines to make giant leaps for girlkind, down on earth, with nature as your resilient judge.
Posted by chris macrae at 8:42 AM No comments: